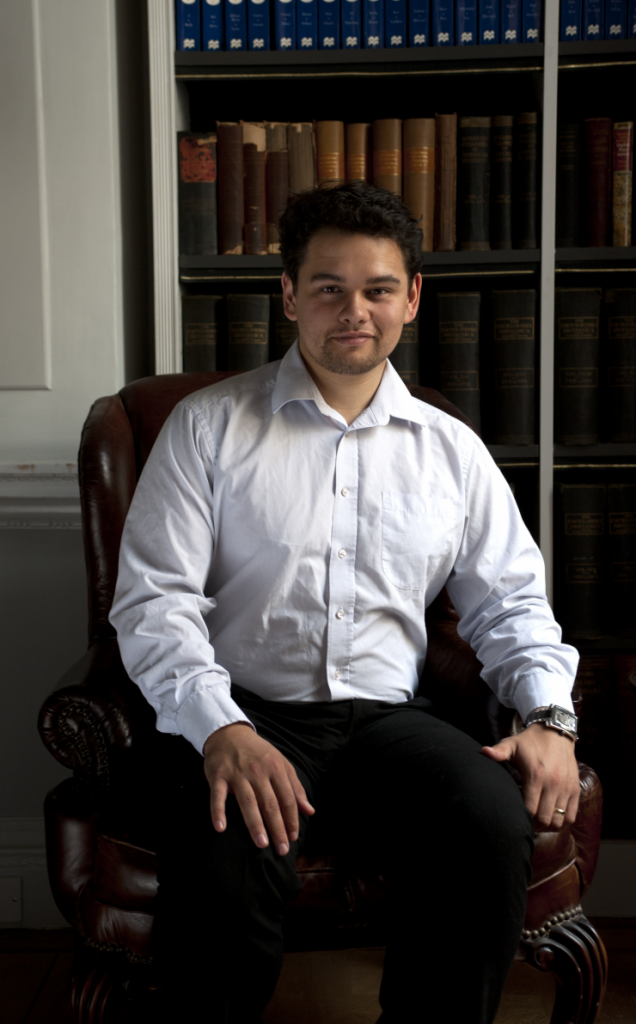 Instrument: violin
Member of the Saint Joseph Symphony since: 2015
Bio: Keith Stanfield began playing the violin at the age of 3, and made his solo debut at the Royal Festival Hall in London (England) aged 6. He made his tv debut on the BBC aged 9, and his concerto debut aged 12. He is a graduate of the Purcell School of Music and the Royal Academy of Music. Keith has performed concertos and recitals at many of Europe’s major venues, and has performed privately for dignitaries including the reigning Prince of Monaco. His recordings of Handel, Mozart and Bach are available on iTunes.

How did you get your start in music?
Well, I was 3 and a half, I was watching a concert with my parents on TV with Itzhak Perlman playing. I was so impressed I asked them if I could play the violin. They said yes!

Miss any food from back home?
American food is so great that it’s hard to miss any food from elsewhere, but if I could have Fish and Chips wrapped in newspaper with a saveloy sausage once in a while it would be perfect.

What would people be surprised to know about you?
I played international level soccer for my mother’s country (Western Samoa). It was around 200 pounds ago.

Have you recently heard great symphony music somewhere that surprised you? (ex: movie, video game, cartoon, etc)
I will say this, American film composers are greatly underrated. I don’t feel that they get the level of recognition that they deserve. The score to Jurassic World was very nostalgic, and the “transitional trauma” music is very Wagnerian. The “Interstellar” score was also very good.

Do you collect anything?
Hmm. My wife and I collect art, specifically the drawings of Jean Pages- a French artist who was the cover illustrator for Vogue magazine in the 1930’s. I have some old handwritten scores, as well as a violin made by Andreas Ferdinand Mayr, who made Mozart’s violin.

Hobbies?
I run a soccer club for girls in Prairie Village, KS. I love learning about cars- particularly Porsches. I love recording concertos with orchestras to put on YouTube and iTunes, and I’m currently finishing off an album of Handel’s complete works for violin and basso continuo for the same purpose. But my favorite hobby is spending time with my wife and playing with my son, who is 1.